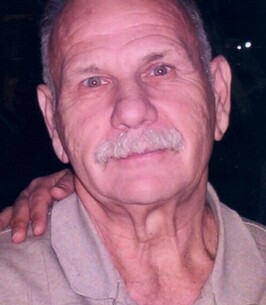 Born in Westerly, he was the son of the late Ernest and Angelina Allen.

Donald worked as a crane operator for Electric Boat in Groton for 40 years until his retirement and also worked as a lab courier for The Westerly Hospital. He enjoyed playing Pitch at the Bocce Club as well as fishing and hunting with his family.

He leaves his wife Dale and their three children, Donald W. Allen, Jr. and Dana L. Allen, both of Westerly and Darrin M. Allen and his wife Nicole of Wood River Junction; and two brothers, Ronald Allen (Virginia) of Pawcatuck and Steven Allen of Westerly. He will also be sadly missed by his six grandchildren, Amanda, Robert, Ryan, Jordan, Nathan and McKenzie; one great-grandchild Scarlett; several nieces and nephews; his two dogs, Missy and Maisie, and cat Itchy.

The family would like to thank The Westerly Hospital ICU for their wonderful care.

There are no visiting hours. A Funeral Service will be held at 1:30pm on Thursday at Christ Episcopal Church, 7 Elm St., Westerly. Burial is private. Gaffney-Dolan Funeral Home, 59 Spruce St., Westerly is in care of the arrangements. For online condolences please visit www.gaffneydolanfuneralhome.com