To share your memory on the wall of Carmela Wilgis, sign in using one of the following options:

Print
Carmela J. Wilgis, of Wilgis Drive, Westerly, RI, passed away at the Westerly Hospital on Tuesday, November 17, 2020. She was the beloved wife of James E. Wilgis of 55 years, and she was the wife of the late Fred V. Jackson.

Born in West... Read More
Carmela J. Wilgis, of Wilgis Drive, Westerly, RI, passed away at the Westerly Hospital on Tuesday, November 17, 2020. She was the beloved wife of James E. Wilgis of 55 years, and she was the wife of the late Fred V. Jackson.

Born in Westerly, she was the daughter of the late Giovanni and Carolina Narciso, who owned and operated Carr Hill Filling Station for many years in Westerly.

She is survived by her son, Fred V. Jackson and his wife, Linda and daughter, Carolyn J. Jackson all of Warwick, RI. She was the loving grandmother of Seth V. Jackson (Megan) and Neil W. Jackson (Jessica) and five great grandchildren. She also leaves many loving nieces and nephews. She loved travelling with her husband and was also known to make a few trips to Foxwoods. Carmela attended Mass daily and enjoyed morning coffee with the ladies. But, her greatest joy was spending time with her family whether it was bringing her grandchildren to the Watch Hill Carousel or just feeding them an amazing Italian meal. Always young at heart, Carmela or G.G. as she was known to her great grandchildren, never missed a family party; Christmas Eve and Easter will not be the same without her bright smile and laughter. She was a friend to many and will be dearly missed. Carmela was predeceased by her brothers Louis, Alfred, Frank and Anthony Narciso; her sisters, Mary Jo Giorno, and Eleanor Jackson.

Carmela was the past president and longtime member of the Daughters of Isabella where she was the recording secretary for several years.

In lieu of flowers, donations can be made to Hope Hospice in Carmela’s memory.

Due to COVID19 restrictions services will be private. A celebration of Carmela’s life will be held at a later date.
Read Less

Posted Nov 23, 2020 at 12:17pm
Dear Jim,
Very sorry to hear of your loss. Joann was a wonderful lady and we always enjoyed her presence at our Power Squadron meetings.
Kevin and Claudia Laxar
Comment Share
Share via:
MJ

Posted Nov 22, 2020 at 03:48pm
Dear Jim and Narciso family,
So sorry for your loss. Carmela had the gift of making one smile. We always enjoyed talking to her when our paths crossed.
Our thoughts and prayers are with you and may you find comfort in the beautiful memories you shared.
Sincerely,
Maria and Dave Jones
Comment Share
Share via:
BM

Posted Nov 21, 2020 at 09:41am
My condolences to Jim, Jane, Fred and family and the extended Narcisco family. Aunt Carmela was a lovely and caring person who always treated me like family which I so appreciated. . It was always my great pleasure to see her and talk with her. She was a loving lady and will always have a place in my fondest memories and prayers.
Betsy Mercer
Comment Share
Share via: 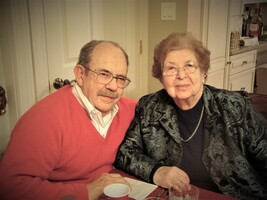 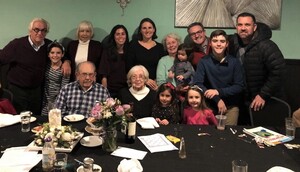