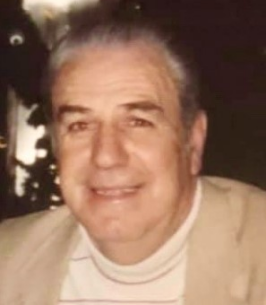 Born in Westerly, he was the son of the late Harold and Florence (Clark) Jones.

He was a member of the Stonington High School class of 1950 where he was a member of the baseball, golf, and basketball teams. He was the Connecticut State Junior golf champion in 1950. He played basketball and golf at UConn, where he was captain of the golf team. He won the RI State Amateur golf championship in 1968 and won 13 club championships at golf courses throughout the area. He became a PGA golf professional in 1969 and was a longtime head Pro at Shennecossett. He remained a lifetime member of the PGA.

Visiting hours are respectfully omitted. All services will be private. In lieu of flowers donations may be made to The Westerly Hospital Foundation Covid-19 Response Fund
(℅ Nicholas.Stahl@WesterlyHospital.org.) Gaffney-Dolan Funeral Home, 59 Spruce St., Westerly is in care of the arrangements. For online condolences please visit www.gaffneydolanfuneralhome.com