To share your memory on the wall of Frederick Pampel, sign in using one of the following options:

Print
Frederick Alban Pampel, 84, of Pawcatuck, CT, passed away on Monday December 21, 2020 at Pendleton Health & Rehabilitation Center in Mystic, CT, where he had been residing for the last several months.

Frederick was born in Westerly, the... Read More
Frederick Alban Pampel, 84, of Pawcatuck, CT, passed away on Monday December 21, 2020 at Pendleton Health & Rehabilitation Center in Mystic, CT, where he had been residing for the last several months.

Frederick was born in Westerly, the son of the late Paul F. & Elizabeth Pampel of Stonington, CT.

Fred first worked with the Stonington Publishing Co. under the tutelage of Leo Manfredi Sr. He owned Pampel’s Landscaping Service and devoted most of his life working outdoors. He then worked in the labor union, helping build Millstone Power Plant, the construction of the outdoor facility at Mystic Aquarium and at General Dynamics, helping build the tracks for the Trident Submarine.

He very much believed in volunteering, whether it was working in the Westerly Library & Wilcox Park, picking up litter on his daily walks and planting trees at the Wimpfheimer Park near his boyhood home.

Unbeknownst to many, Fred initiated a program for many years of donating hats, mittens, gloves and scarfs for children and anyone in need free for the taking in the children’s room at the Westerly Library & Wilcox Park. He loved artists and all things creative. He enjoyed being a part of the Stonington Borough Democratic Art Committee.

He also was part of the Stonington Borough Rights Of Way Committee dedicated to keeping access to the water accessible to all the public.

Our family would like to thank the staff at Pendleton Health & Rehabilitation Center for the care and kindness they gave our loved one during his stay.

Due to Covid-19 funeral services will be private. A memorial service will be celebrated at a later date. Gaffney-Dolan Funeral Home, 59 Spruce St., Westerly is in care of the arrangements. For online condolences please visit www.gaffneydolanfuneralhome.com
Read Less

To plant a memorial tree in honor of Frederick A. Pampel, please visit our Heartfelt Sympathies Store.

We encourage you to share your most beloved memories of Frederick here, so that the family and other loved ones can always see it. You can upload cherished photographs, or share your favorite stories, and can even comment on those shared by others.

Posted Dec 26, 2020 at 09:53am
My deepest condolences to the Pampel family on the loss of your father. Fred took art classes with me at the PNC and I so enjoyed working with him. He was a sweet man and quite talented. May he rest in peace. 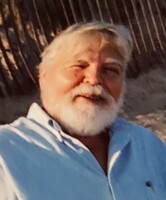