To share your memory on the wall of Michael Piscatelli, sign in using one of the following options:

Born to parents Michael and Rose Vagnone Piscatelli, at 187th / Arthur Avenue neighborhood of the Bronx, New York, Michael attended PS 74, 34 and Theodore Roosevelt High School. The Bronx flowed through his veins and stories from the old neighborhood were always at the ready. In1952, he joined the United States Airforce. Michael was a proud Italian-American who served his country in a time of war and raised 5 children.

Michael had “great athletic ability” as he would tell his grandchildren “I could have been a contender”. He played basketball and baseball for the Mt. Carmel Cavaliers in the Bronx. You could almost always find him watching a New York Yankees or Giants game as he was a passionate fan. Michael spent many years working as a counselor for the New York State Division for youth in the Bronx, NY advocating and supporting the cause for a better life.
Mike worked a variety of jobs over his lifetime, most notably he loved his job as a New York City bus driver and had a distinguished career in furniture retail for the top Federated Stores in Manhattan. At age 67 when most people retire, Mike continued to work as a full- time consultant for Sealey / Sterns and Foster Mattress Company until he was 72.

Michael, and his family were 30- year residents of Pleasantville, New York, before retiring to Westerly, Rhode Island. From being a Dad’s Club coach, to the guy who always had your back and always looked out for the underdog, Michael was most content cooking his famous Italian dishes for his family and friends, singing to Ol’ blue eyes, Frank Sinatra or hitting baseballs with his grandkids at the batting cages.

Michael was a devoted partner, father, brother and friend. We were very blessed to have him in our lives. The past few months he fought like a Lion – he will be greatly missed.

Services and a Memorial will be delayed until the Covid Virus subsides. Gaffney-Dolan Funeral Home, 59 Spruce St., Westerly is in care of the arrangements. For online condolences please visit www.gaffneydolanfuneralhome.com

To plant a memorial tree in honor of Michael Piscatelli, please visit our Heartfelt Sympathies Store.

There are no events scheduled. You can still show your support by sending flowers directly to the family, or planting a memorial tree in memory of Michael Piscatelli.
Plant a Tree

We encourage you to share your most beloved memories of Michael here, so that the family and other loved ones can always see it. You can upload cherished photographs, or share your favorite stories, and can even comment on those shared by others.

Posted Feb 05, 2021 at 07:28pm
To Mike Piscatelli's entire Family, we send our condolences and heartfelt sympathy.
I had an opportunity to meet this Great American while he was indeed fighting like a Lion.

It was an honor and a privilege to be in his presence. If for only a short time. Mike being a USAF Veteran. I was humbled by him.
I wish him clear skies and good tailwinds as he heads on his final Journey. 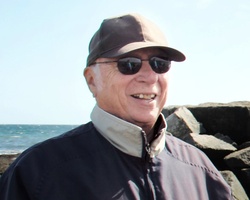 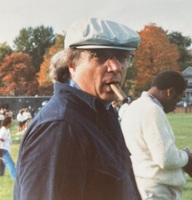