To share your memory on the wall of Marjorie Campanella, sign in using one of the following options:

During her career in education, she worked as a home economics teacher and then, for most of her professional life, a school psychologist for the school systems of Agawam and Falmouth in Massachusetts and Johnston County in North Carolina. For many years she was a Girl Scout leader and considered that experience to be the source of some of her happiest times. She retired to Cape Cod in 1996 and with her husband ran a bed-and-breakfast guest house until Dom’s death in 2009. On the Cape, Marjorie (known by most as Margie) was a member of the Holy Trinity Church (Harwich) women’s guild and volunteered at Cape Cod Museum of Fine Arts. In 2016 Margie moved from the Cape to Connecticut to be near her son and daughter-in-law, and she loved being part of the Middlewoods of Farmington community. In late 2019 she moved to Avery Heights, a skilled nursing facility where she received excellent care and much love, especially from Cheryl, Kristen and Sue.

Throughout her life she was a member of multiple bridge clubs and book groups. Reading was one of her favorite pastimes, and when macular degeneration made reading too difficult, she became a voracious and grateful consumer of books on tape delivered from the Connecticut Library for the Blind and Physically Handicapped. She also enjoyed sewing, cooking, gardening, antiquing, knitting and crocheting. Her children and grandchildren all will be able to wrap themselves in warm and wonderful memories of her because all of them received beautiful afghans knit with love specially for them over the years. Margie loved the beach and seafood, and she was always a fan of movies, music, and most of all opera. In her early 80s she enrolled in a course on opera at Hyannis Community College, and at age 85 she took up the ukulele! Her greatest joys in life were her close friends and extended family, so the pandemic-induced isolation of the past year was truly heartbreaking.

Margie’s strength, spunk, and indomitable spirit, even when times got tough, inspired many. She leaves to cherish her memory her son and daughter-in-law, Joseph and Linda Campanella of West Hartford, CT; a daughter and son-in-law, Judith and Vincent Fanuele of Hull, MA; five grandchildren: Luke Fanuele and wife Keeley, Jessi Fanuele and wife Paula Carney, Paul Campanella and wife Emily, Steven Campanella, and Philip Campanella. She also leaves six great-grandchildren and many nieces and nephews. She was predeceased not only by her husband, but also by her sister and brothers: Pauline Fenelon and Paul F., Rolfe W., and Robert Dinwoodie.

A Mass of Christian Burial will be celebrated at Our Lady of Victory Roman Catholic Church, 169 Main St., Ashaway, RI, on Saturday, March 13, at 11:00AM. Social distancing and face masks will be required. The Mass will be live-streamed on the church’s Facebook page.
The family will receive visitors during the hour before the Mass. Burial will be private.
The family will host a celebration of Margie’s life when it is once again safe for crowds to gather. In lieu of sending flowers, those who wish to make a donation in Marjorie’s memory may contribute to The Connecticut Library for the Blind and Physically Handicapped, 198 West Street, Rocky Hill, CT 06067. Funeral arrangements are entrusted to Gaffney-Dolan Funeral Home, 59 Spruce St., Westerly, RI. For more information or to leave online condolences visit www.gaffneydolanfuneralhome.com
Read Less

We encourage you to share your most beloved memories of Marjorie here, so that the family and other loved ones can always see it. You can upload cherished photographs, or share your favorite stories, and can even comment on those shared by others.

Posted Mar 12, 2021 at 08:41pm
My mother, Glenna Ferris, enjoyed meeting Marge at Middlewoods of Farmington. They shared many common interests and were dining room buddies. She sends her heartfelt condolences to her family, particularly Joe & Linda.
Comment Share
Share via:
MM

Posted Mar 11, 2021 at 01:58pm
I knew Marge and Dom when I worked for House Guests Cape Cod bed & breakfast reservation service and they had their B&B, Willow House. They were such warm and genuine people; they truly radiated love. It was a blessing to know them.
Comment Share
Share via:
HS

Thank you all so very much. Your tribute is appreciated and also fitting. Margie loved gardening very much. She also loved New England foliage in autumn. It's nice to think a tree, specially planted in memory of her, will grow, provide shade and shed colorful leaves, bringing joy into other people's lives in years to come. Thank you again from us both -- Linda and Joe 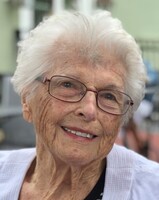 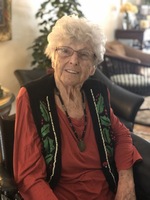 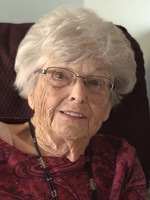