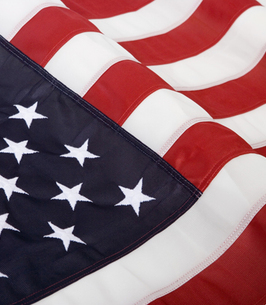 WESTERLY- ENGLER, GARY G.
Gary was called to be with his Lord and Savior on March 8, 2021. Born in Abilene, KS, Gary was the son of Louis Kasper and Anna Relda Engler. He is survived by his wife of fifty-seven years Linda (Seaberg), his children Naemi (John Blanchard) Engler, Sarah (Patrick) Rofrano, and Eric Engler. He is also survived by his three grandchildren, Paige Engler, Nicholas Rofrano, and Zachary Engler, as well as by many loving nephews, nieces, and cousins. He was predeceased by his parents and his sisters, Cleo Eileen Megenity, Anne Arlene Dull, Lois Maxine Frohardt and Jean Elizabeth Lohse, and daughter-in-law Kelly Engler. Family was very important to Gary and he took every opportunity to show his love and share his observations.

A graduate of Bassick High School in Bridgeport, CT, he excelled in football, basketball and baseball. Gary graduated from Arnold College of the University of Bridgeport where he was Alpha Gamma Phi fraternity president as well as co-captain of the UB football team. He was the Assistant Physical Director at the Bridgeport, CT YMCA before he was called to active duty in the United States Army. He continued his education by receiving his master’s degree from the University of Rhode Island and his 5th-year Supervisory Certification from the University of Connecticut.

While at Joel Barlow High School in Redding, CT, Gary held the position of Athletic Director, physical education instructor, and coached three sports. As head football coach, he led Barlow to a 63-28 record, winning the Western Connecticut Conference (WCC) title five times and receiving the Connecticut Interscholastic Athletic Conference Merit Award four times. Gary was named Assistant Coach, West Squad for the 1972 Nutmeg Football Bowl, along with being named the 1974 Bridgeport Post Class A Football Coach of the Year. In basketball, Gary led the team to five state tournament appearances, and added a WCC Northern Division championship along with winning the WCC Holiday Tournament. In baseball, where he coached three seasons, his team won two WCC championships and one state Class S title. In 2014, Gary was inducted into the Joel Barlow Hall of Fame.

Gary moved to Westerly, Rhode Island with his family and was employed by Stonington High School for 22 years as a physical education teacher, Athletic Director, head football coach, and department chairman. He was also a Supervisor of Health and Physical Education, K-12, for the Town of Stonington.

In his retirement, Gary was humbled to learn of the impacts he had on those he taught, coached, and mentored throughout the years. Former players and students continued to reach out to him, bringing back wonderful memories with their stories, enabling Gary to see the outstanding men and women they had become.

Prior to moving to Westerly, Gary taught Sunday School at Covenant Congregational Church in Bridgeport, CT where he also worked with the teen youth group. In Westerly, as a member of Central Baptist Church, Gary taught Sunday School for 40 years. He served as a Deacon and Church Moderator and, as Church Librarian, organized and expanded the Church Library. He was also the Chair of the Avondale Chapel Committee, overseeing all aspects of the Chapel and leading the Adult Bible Fellowship Study. Gary was recently named Deacon Emeritus at Central Baptist Church.

Heartfelt thanks are given to the caregivers at Hope Hospice who gave Gary loving care and held the family’s hands.

Due to COVID-19, a Celebration of Life and internment will be held at a later date. The family suggests donations to the Avondale Chapel Window Fund, c/o Central Baptist Church, 16 Elm Street, Westerly, RI 02891, in Gary’s memory. Gaffney-Dolan Funeral Home, 59 Spruce St., Westerly is in care of the arrangements. For online condolences please visit www.gaffneydolanfuneralhome.com