To share your memory on the wall of James Powers, sign in using one of the following options:

Born in Norwich, Conn., he was the son of Joan Powers Eccleston of Voluntown and... Read More
James M. Powers, 52, beloved husband of Lisa (Quercia) Powers, of Sylvan Lane, Westerly, passed away at Yale New Haven Hospital on Thursday, April 15, 2021.

Born in Norwich, Conn., he was the son of Joan Powers Eccleston of Voluntown and the late Richard Michael Powers.

James will be remembered by his family for his sense of humor and kindness. James enjoyed flying airplanes and worked as a pilot for Mesa Airlines for many years. Most of all he loved spending time with his family and watching his son play football and baseball. He especially liked travelling to different ballparks with his son to watch the Tigers. James also enjoyed time spent at the beach with his family and friends.

In addition to his wife Lisa and mother Joan, he will be deeply missed by his son James N. Powers of Westerly; and his sister Heather Powers of Piedmont, SC. James was predeceased by his brother Shawn Powers.

All services will be private and held at the convenience of the family. Gaffney-Dolan Funeral Home, Westerly is in care of the arrangements. For online condolences please visit www.gaffneydolanfuneralhome.com
Read Less

We encourage you to share your most beloved memories of James here, so that the family and other loved ones can always see it. You can upload cherished photographs, or share your favorite stories, and can even comment on those shared by others.

3 trees were planted in the memory of James Powers

Posted Apr 23, 2021 at 02:27pm
Our thoughts are with you, Jimmy! We will always remember how much your dad loved seeing you play football! Noah Hudson and family.

Heather- Please accept our condolence on the passing of your brother. We're thinking about you and your mother during this difficult time. Steve & Carol McPike 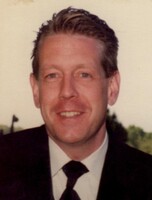