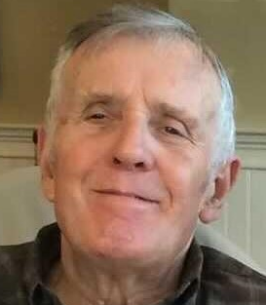 Eugene J. Fiore, 87, beloved husband of Nancy Serra Fiore for 60 years, of Westerly, died peacefully at the Westerly Hospital on Thursday, May 13, surrounded by family and friends.

Born in Westerly he was the son of the late Giuseppe and Anna Fiore.

Eugene worked at Electric Boat in Groton for 40 years. He served 2 years in the United States Army as an MP in Germany. He was well known for his funny jokes, his musical talent, and his love for the weather.

In addition to his loving wife, he will be dearly missed by his daughter Gina Stillman (Phil) of Westerly, RI, son Mike Fiore of Queens, NY, and grandchild Phillip Stillman of Westerly, RI. He is also survived by two sisters-in-law Minnie Fiore and Yolanda (Chick) Fiore both of Westerly, as well as and many nieces and nephews. Eugene was predeceased by his brothers, Julio, Angelo, Alfred, Henry, and a sister Virginia Miles.