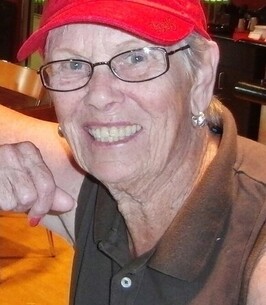 Claire Platt Gibson, 94, formally of Westerly passed away peacefully on Friday, October 22, 2021in Tolland, CT. She was born to the late Harold and Bessie Holliday of Pawcatuck, CT.

Later in life she married Dr. J. Merrill Gibson until his untimely death in 2006.

One of her greatest passions was the game of golf which she went on to become women's club champion at Winnapaug and Pond View Country Clubs. Claire was very talented in many crafts leaving behind many precious handmade memories. She also belonged to a sewing club with her closest longtime friends which she enjoyed immensely. She was fortunate to have many close friends lasting from childhood through her entire life. Claire enjoyed cooking, baking and time spent with family especially her famous Christmas Eve dinner for her family.

A Funeral Service will be held on Monday, November 1st at 11:30am at Gaffney Dolan Funeral Home, 59 Spruce St., Westerly. Burial will be private. In lieu of flowers donations can be made to Stand up for Animals, 33 Larry Hirsch Ln., Suite B, Westerly, RI 02891. For online condolences please visit www.gaffneydolanfuneralhome.com