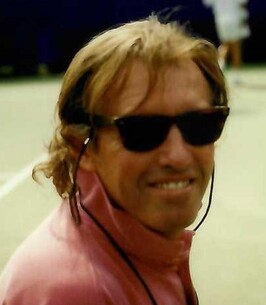 It is with great sadness that the family of Jacques A. P. Faulise of North Kingstown, RI, announce his passing on January 25, 2022. He was 70 years old.

Born in Pawcatuck, CT, Jacques attended West Palm Beach Junior High School (FL) before he returned to his native Connecticut and graduated from Stonington High School. He continued to Providence College where he was a standout tennis player and longtime coach of both the men’s and women’s teams.

Anyone involved in the sports of tennis, court tennis, or paddle tennis knows Jacques Faulise. He dedicated his life to racquet sports and mentoring others. Point Judith, Nonquitt, and the International Tennis Hall of Fame were some of the many communities he touched during his career. He served as USPTA New England President and was also awarded the Pro of the Year. After building a “Hall of Fame” resume, Jacques was inducted into the USPTA New England Hall of Fame as a first ballot Hall of Famer.

Jacques was much more than a racquet sports professional. He was a strong, loving father and husband. He is survived by his wife, Lise Faulise, and children Jacqueline and Jacob Faulise. He is predeceased by his parents, Giacchino A. “Jack” Faulise and Claire M. Faulise.
Memorial donations in memory of Jacques may be made to Lifespan Cancer Center, USPTA, or the USCTA.