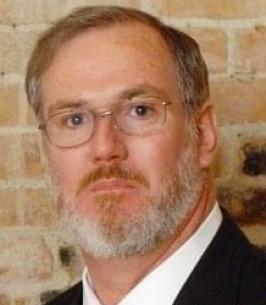 William Arthur “Artie” Gardiner, 62, born in Westerly, RI, went home to God on April 26, 2022 following a short illness. His parents, Louise Gardiner Osborne and Francis L. Gardiner were there to meet him on the next step in his journey.

He leaves behind his beloved wife Mary M. O’Donnell and son William A. Jr., both of Newport News, VA and daughter Stephanie L. Gardiner of Watertown, SD; stepchildren, Erin Tubbs also of Newport News, VA and William O’Donnell of Rochester, NY; his sister Sheryl DiFormato and husband Steven of Richmond, RI; niece Jennifer DiFormato and nephew Steven DiFormato; stepfather Ronald Osborne of Westerly, RI and stepsister Deborah Osborne of Warwick, RI.
He treasured his family and they send thanks to all who helped him and his own through difficult times. Artie was a treasure in the hearts of those he loved and will be in our hearts forever.

Artie retired from the Air Force in 1998 where he was a veteran of Desert Storm. He went on to work for the Army & Air Force Exchange and then Kroger. He always gave his best and had a superb work ethic. He loved quietly, deeply, and loyally. His quick intelligence and wit made him an enjoyable and interesting friend and companion. He enjoyed talking with friends and family, working with computers, watching the Discovery channel and solving word puzzles.

A private funeral service with Full Military Honors will be held at the convenience of the family.