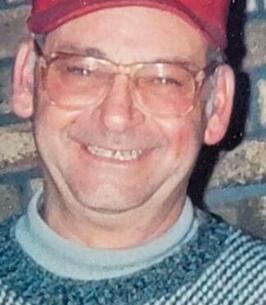 Born in Westerly, he was the son of the late Ellen and Louis F. Chicoria, Sr.

Chic worked as a truck driver for the Town of Westerly for many years until his retirement. He was a life member of the Calabrese Society. He was also a boys basketball coach at the YMCA for decades. Chic was proud to push the Mt. Carmel Statue for many years.

He leaves behind his loving daughter Holly-Jean Chicoria of Westerly; two grandchildren, Skyler Sjostedt and Richard Forand; and a great-grandchild Collin Thompson. Chic was predeceased by his daughter Rebecca and his son Joseph.

Visiting hours will be held at Gaffney-Dolan Funeral Home, 59 Spruce St., Westerly on Thursday from 10:30am – 12 noon, immediately followed by a Funeral Service at 12 noon in the funeral home. Burial will be at St. Sebastian Cemetery, Westerly. For online condolences please visit www.gaffneydolanfuneralhome.com