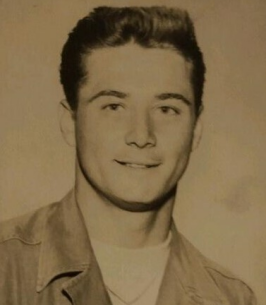 Born in Norwich, CT, he was the son of the late Eva and John Paride, Sr.

After school, John joined the US Army and served overseas in Germany. He worked for many years as a planner for Electric Boat in Groton until his retirement. John was a member of the Westerly Lodge of Elks BPOE #678 and the Bocce Club. He was a lifelong golfer and an avid Red Sox fan who loved to watch all sports.

He will be dearly missed by his two sons, John J. Paride, III and wife Tracie of Pawcatuck and Michael A. Paride of Westerly; his brother Donald Duca of Norwich; five grandchildren, Danielle, Michaela, Jaclyn, Jennifer and Chad; as well as three great-grandchildren, Oliver, Cooper and Beckett; and his fiancé Barbara Petrizzi of New London. John was predeceased by two brothers, James and William Paride.

Visiting hours are omitted. A Mass of Christian Burial will be celebrated at St. Pius X Church, 44 Elm St., Westerly on Friday at 10am. Burial with Full Military Honors will follow at River Bend Cemetery, 117 Beach St., Westerly. In lieu of flowers, the family requests contributions in John’s memory (checks payable to): A Voice For Victims, c/o 28 William St., Apt. 1, Pawcatuck, CT 06379, which will be donated to a “Drive Out Domestic and Sexual Violence” tournament fundraiser. Gaffney-Dolan Funeral Home, 59 Spruce St., Westerly is in charge of the arrangements. For online condolences please visit www.gaffneydolanfuneralhome.com