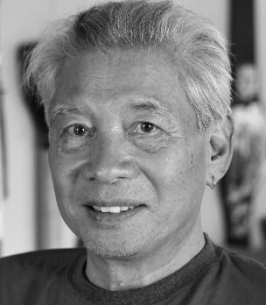 Mystic, CT - Eduardo V. Garcia, 82, joined his beloved wife of 60 years Edna A. (Miles) Garcia, on Tuesday, August 2, 2022. She passed away on May 8, 2022.
They leave behind two children, Antony N. Garcia of Florida and Sarah E. Miller of Westerly, with whom they shared their final months.
Eduardo also leaves his sister Rexy Ellazar of Spain; two grandchildren, William R. Waddington of Westerly and Sarah E. Coons of Griswold, CT; as well as four great-grandchildren, McKenna, Ryan, Luca and Nicholas; and several nieces and nephews. Eduardo was predeceased by his son-in-law Brian Miller.

He was born in Manila, Philippines, to the late Nestor and Emma Garcia.

He loved traveling the world with his wife, especially to Spain, where they had a second home.

Eduardo was a career military man, retiring as CPO in the US Navy. He served with distinction in both the Navy's Surface and Submarine fleets before, during and after the Vietnam war. He completed his second career with the US Postal Service. Eduardo was a member of Masonic Lodge, Union No. 31, out of Niantic, CT

He loved spending time with his family and was an avid chef. He always looked forward to having the entire family over so he could share his love for cooking.

All services are respectfully private. Gaffney-Dolan Funeral Home, 59 Spruce St., Westerly is in care of the arrangements. For online condolences please visit www.gaffneydolanfuneralhome.com