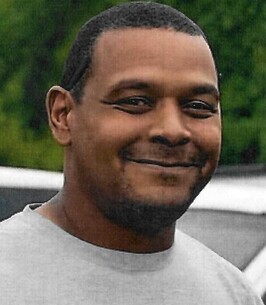 David L. Minnich III, beloved husband of Kristin (DiMaggio) Minnich of Westerly, passed away at Westerly Hospital on Sunday, September 4, 2022. He was 48.

Born in Stratford, NJ, he was the son of Kathleen and David L. Minnich, Jr. of Florida.

He was a running back at Washington State University where he led the Pac-10 in rushing in 2001. As a US Marine Corps veteran who served in Kuwait following the Gulf War, he had the distinction of carrying the US flag onto the field at Martin Stadium in Washington State’s first home game following the 9/11 attacks. In addition, David also played one season for the CFL (Canadian Football League) and enjoyed coaching Westerly High School and Pee Wee Football.
David worked as a Department Lead (and Mayor) for Westerly Walmart for many years.

Visiting hours will be held at Gaffney-Dolan Funeral Home, 59 Spruce St., Westerly on Friday from 11am-1pm, immediately followed by a Funeral Service at 1pm in the funeral home. Burial is private. For online condolences please visit www.gaffneydolanfuneralhome.com

In lieu of flowers, donations may be made to the Westerly Pee Wee Football league in Dave’s memory.