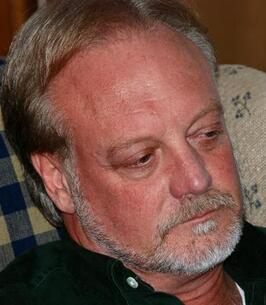 John David Szalkowski, of Westerly R.I., passed away at Westerly Hospital on September 11, 2022, following a prolonged struggle with Parkinson’s Disease. He was 72.

John was born in Westerly to Lillian (Cofone) Szalkowski and Clarence Szalkowski. Growing up, he avidly pursued two main interests, science (chemistry and oceanography) and music and theater. It was while pursuing a Bachelor’s degree in Marine Biology at the University of Rhode Island, which he completed in 1973, that John became involved with the theater department there and began to more seriously consider a career in the performing arts. John had a natural talent in music and was able to pick up any instrument and play it. He loved creating music, acting, and doing everything that went into putting a theatrical production together. Locally John performed with the Trinity Square Repertory Company for several years as well as with the Rhode Island Shakespeare Company. In between his California years John wrote and directed several shows for the Westerly Center for the Arts including the smash hit, Dragon’s Castle. He was named Theater Director at the Center for the Arts in 1987. Most recently, John worked for many years in the area of entertainment productions at Mohegan Sun in Connecticut.

In 1976, John made his first trip to California, beginning a 30 year career which encompassed most aspects of the entertainment industry. Utilizing his wide array of talents, John worked as an actor (stage/film/television), stage director, scene designer, and composer, among other endeavors. He was an actor and Managing Director with the Santa Susana Repertory Company in Ventura County, worked numerous times with the Globe Playhouse in West Hollywood as an actor and/or composer, and spent several years as an “Imagineer” with Walt Disney Imagineering and with Universal Hollywood. Working as an accompanist with his long-time friend Lane Davies, he toured extensively in the former Soviet Union, playing concerts across several time zones in Russia, Estonia, Latvia, and Lithuania.

John’s interests and talents were broad. He was a gentle, creative person who loved his family and sharing his gifts with them. Whether as a showman or musician, protector of loved ones, or Mr. Fix It for whatever was broken in anyone’s house, John was there to lend a hand.