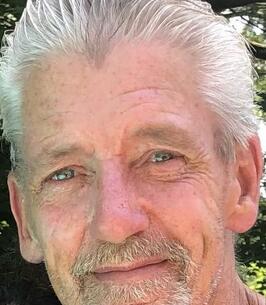 Robert R. “Randy” Beck, 67 of Edgewood Avenue, Westerly, passed away at the Westerly Hospital surrounded by his loving family on Friday, September 16, 2022.

Born in Westerly, he was a son of the late John R. and Pauline Beck.

Randy worked as a mechanic for E-Z Waste for years. He was extremely handy and could fix or weld anything that needed to be repaired. He had a love for Ford Broncos and he enjoyed taking Bustah for walks on the beach. Randy was always ready to lend a helping hand to anyone in need.

He leaves behind his beloved former wife Connie Beck of Westerly; their four children, Jennifer Gaccione (Lou), Jessica Lomax (Michael), Robert Beck (Kimberly) and John Beck (Lindsay); as well as his five siblings, Alison, Ann, Chris, Jon and Todd. Randy will also be dearly missed by his thirteen grandchildren; two great-grandchildren; and several nieces and nephews. In addition, he is survived by his beloved and best friend, his American Bulldog Bustah; and two special women who were near and dear to his heart: Chicky and Stephanie.

Relatives and friends are invited to visiting hours that will be held on Friday, Sept. 23rd from 5pm – 7pm at Gaffney-Dolan Funeral Home, 59 Spruce St., Westerly. Funeral services are private. In lieu of flowers, contributions may be made to Stand Up For Animals in Randy’s memory. For online condolences please visit www.gaffneydolanfuneralhome.com