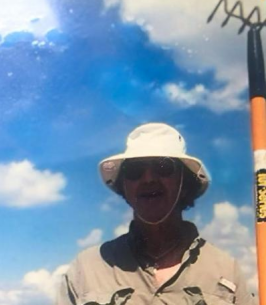 Edwin “Ted, Ed” Dennison Kenyon Jr, 88, of Charlestown, Rhode Island, passed away peacefully on Friday, September 16, 2022 at his home.
Ted was born in Westerly, RI to the late Edwin Sr. and Ethel Elizabeth Kenyon. He had many fond memories of a difficult but fun childhood. He had many jobs as a youth, the most rewarding being a lifeguard at Misquamicut Beach where he met his future wife Rene, which resulted in a marriage lasting just shy of 66 years.
Ted is survived by Rene, along with his cherished daughter Holly Kenyon of Windsor, CT, sons, Scott Kenyon & wife Denise of Fort Myers, FL, Terry Kenyon and wife Brenda of Exeter, RI, Chris Kenyon and Partner Steven Poyner of Provincetown, MA; three grandchildren: Heather, Hayley and Tyler Kenyon; two great grandchildren Aubrianna and Derrick Thomison, his brother Ronald Kenyon and wife Nancy of Westerly RI and brother in-law HiGino “Gino” Rendeiro of Westerly RI. He also leaves his loving dog Abbie. He is survived by many nieces, nephews, and dear friends. Ted was preceded in death by his sister Gail Rendeiro of Westerly, RI, his in-laws Alfred and Else Cohn of Windsor, CT, lifelong dear friend Charles Nardone Sr. of Westerly, RI and Ted’s beloved dog Roscoe.
Ted and Rene married in 1956 in Hartford, CT and settled in South Windsor, CT. where they raised their four children. During his retirement years, Ed and Rene divided their time between Bonita Springs, FL and Charlestown, RI.
Ted graduated from Westerly High School and went on to the University of Rhode Island where he graduated in 1956 with a Bachelor of Science degree in Accounting. Ted spent many hours studying to obtain his CPA, often times keeping the family awake with the rhythmic sounds of his adding machine. He began his career working for KPMG. His most rewarding position was as Treasurer for Viking Baking Company in West Hartford, CT where he enjoyed the camaraderie and life-long friendships. Ted was a member of the United States Army Reserves and retired with the rank of Captain.
Ted grew up with the ocean at his back and all the activities that ocean life had to offer. He enjoyed many camping vacations with the family. No trip to the Cape was complete without a visit to Scargo Pottery, one of his favorite places to visit, a place that is enjoyed to this day by his children and grandchildren. Ted and Rene built their summer home in Charlestown, RI in 1978 which began a new chapter in their lives. Summers were spent in Charlestown where he and Rene enjoyed boating and fishing trips to Block Island. He enjoyed clamming and his clam fritters were second to none. In mid-life, Ted and Rene embraced Ballroom dancing, medaling in several regional competitions.
Upon retirement, Ted and Rene looked forward to wintering in Florida, a journey lasting 24 years. Ted was a gentle soul and beloved by all. He loved the art of conversation and if you asked him what time it was, he would tell you how to build a clock.
Visiting hours will be held at Gaffney-Dolan Funeral Home, 59 Spruce Street, Westerly from 11am – 12 noon on Friday September 23rd, immediately followed by a Funeral Service at noon in the funeral home. For online condolences please visit www.gaffneydolanfuneralhome.com

In lieu of flowers we ask that you do something nice for someone else, as Ted had done his whole life. His wishes were to return to the sea with his beloved dog Roscoe.
We will love you for eternity.

May the road rise up to meet you,
May the wind be always at your back,
May the sun shine warm upon your face,
May the rains fall soft upon your fields,
And, until we meet again, may God hold you in the palm of His hand.