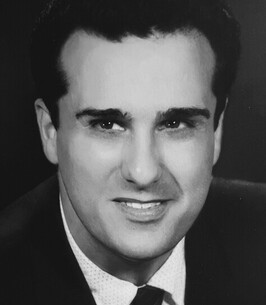 After many years battling numerous medical challenges, Raymond J. Castagna, 91, of Pawcatuck, passed away on Monday, September 19, 2022 at home with his family by his side. He was born in Westerly to the late Nicolo and Mary Castagna.

His love for his family, country, community and God defined him as a man.

That love of country directed him to enlist in the United States Air Force in 1951 which allowed him to spend
much of his time in Europe. He often talks of the time he took the train from Germany to the birthplace of his parents, Acri, Italy, where he was escorted the last mile on the back of a donkey.
After his honorable discharge in 1954, Sergeant 1st Class Castagna set off to open Ray’s Barber Shop where he became a trend setter in men’s hair styling, returning to Europe many times to study with the masters. He served on the R.I. Board of Barber Examiners and went on to develop a line of men’s styling products, Rega-Cut. Upon his retirement from the barbering business, he started Castagna Real Estate which he ran for two decades.

During the 1950’s, he met the love of his life, Eileen Bouley of Taftville, Ct. For the past 68 years they stayed side by side, for better or worse and in sickness and health.

After their marriage in 1955, the family grew. Their surviving children are, Donna Castagna Bello, Nick Castagna and wife Roz, Renee Gaccione and her husband Marty. Their son Joseph predeceased him soon after his birth. This extremely proud grandfather also leaves behind his grandchildren, Gary and Mark Bello, Trevor, Colby and Lexi Castagna, Marty and Tim Gaccione and Victoria Warner and nine great-grandchildren.
Ray was often heard saying “there is no better place to live than Westerly”. His commitment to his community backed up that sentiment.

Along with holding past memberships in the Westerly Lions Club, Calabrese Club, Italo-American Club and the Knights of Columbus, he helped found the Westerly Track Club, serving as its first president. He also served as Tree Warden and a member of the Assessment Board of Review, Zoning Board and Town Council in the Town of Westerly. An unofficial title held by Ray was that of Westerly’s Ambassador to Marco Island, FL where he and Eileen owned a condo for many years.

A devout Roman Catholic, Ray often took that extra step in assisting fellow Christians, whether it be a pilgrimage to Medugorje in the former Yugoslavia, spiritual trips to Steubenville, Ohio or the building of the Franciscan’s Friary in Griswold, CT.

He will also surely be missed by his and Eileen’s pet Maltese, Maggie.

Visiting hours will be held on Thursday from 4pm – 7pm at Gaffney-Dolan Funeral Home, 59 Spruce St., Westerly. A Mass of Christian Burial will be celebrated at St. Pius X Church, 44 Elm St., Westerly at 10a.m. on Friday. Burial will be private. In lieu of flowers contributions may be made to the Jonnycake Center of Westerly in Ray’s memory. For online condolences please visit www.gaffneydolanfuneralhome.com