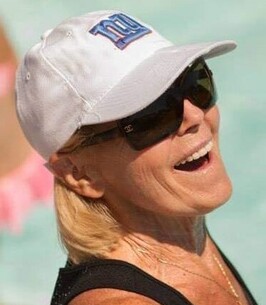 Marypatricia (Doran) Ritacco, 79, of Westerly and formerly of East Greenwich, passed away on Tuesday, October 25, 2022.

She was born in Lindenhurst, NY, daughter of William and Patricia, where she was raised alongside her sister Margaret (deceased) and brother William.

A lifelong dancer, she spent her early teenage years dancing on Broadway. Patty later joined Northwest Orient Airlines and began to travel. It was there she met Anthony, her devoted husband of nearly 57 years. Patty ultimately worked for the State of Rhode Island as a clerk in District Court for over 20 years but always maintained a presence in the arts. A founding member of the East Greenwich Academy of Dance, she devoted years to Academy Players and community musical theatre.

A celebration of Patty’s life will be held at a later date to be announced. Burial was private. Gaffney-Dolan Funeral Home, 59 Spruce St., Westerly handled the arrangements. For online condolences please visit www.gaffneydolanfuneralhome.com