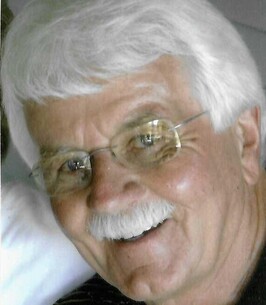 Don was born In Morrisville, VT in 1938, the son of the late Randall and Helen Montgomery.

He was predeceased by his beloved companion of many years, Mary-Ann Gencarelli, to whom he was devoted until her passing; his brother Durwood and granddaughter Erica. He leaves three sons; Michael Montgomery and Dean Montgomery, both of Connecticut; David Montgomery of New Mexico; a daughter Laurie Taylor of New Hampshire; and several grandchildren and great-grandchildren.

Don was educated at public schools in Richford, VT and attended the University of Vermont. He was a United States Air Force veteran.

His employment years were spent with Food Enterprises and The Dial Corporation in the consumer products field selling to grocery chains and wholesalers throughout New England. Don enjoyed skiing, playing tennis, building model airplanes, the beach and driving a clean truck.

Don’s final wish was to be cremated and the ashes to be interred next to Mary-Ann’s.

A visiting hour for both Don and Mary-Ann will be held at Gaffney-Dolan Funeral Home, 59 Spruce St., Westerly on Monday, January 23 from 12 noon to 1pm, immediately followed by a funeral service in the funeral home at 1pm. Their burial will private. Donations in his memory can be made to a charity of choice. For online condolences please visit www.gaffneydolanfuneralhome.com