To share your memory on the wall of Dr. Bruce Gray, sign in using one of the following options:

Provide comfort for the family by sending flowers or planting a tree in memory of Dr. Bruce Gray

Provide comfort for the family by sending flowers or planting a tree in memory of Dr. Bruce Gray

He was an avid reader, great debater and had a love for sports, especially the UCONN Women Huskies, he loved watching tennis matches especially when Roger Federer played and loved watching college football (Alabama) and the New York Jets with Joe Namath.

He never asked for praise, but was a man of great strength and character. He was a rare, magnificent person and will be incredibly missed.


Donations in his honor may be made to the Alzheimer’s Foundation at https://www.alz.org

Respectfully, funeral arrangements are private, but at a later time a Celebration of Life will be held. Gaffney-Dolan Funeral Home, 59 Spruce St., Westerly is in care of the arrangements. For online condolences please visit www.gaffneydolanfuneralhome.com
Read Less

We encourage you to share your most beloved memories of Dr. Bruce here, so that the family and other loved ones can always see it. You can upload cherished photographs, or share your favorite stories, and can even comment on those shared by others.

Posted Feb 09, 2021 at 11:59am
Bruce inspired me to become a neurobiologist and an educator. I will never forget his positive mentorship in the Pilar lab at UCONN.

Posted Feb 07, 2021 at 01:23pm
Sending you my deep condolences. I worked with Bruce for years at Simmons, mainly around transfer students. What a kind, generous man he was.
Comment Share
Share via:
MO

Posted Jan 30, 2021 at 06:18pm
I have warm memories of Bruce from being a classmate in elementary school and also living on Elm Street. I haven't seen him in decades but I remember a warm, gentle smile and a twinkle in his eyes. My deep sympathy to the Gray family. Mary Jo Orsinger
Comment Share
Share via:
MR

Posted Jan 28, 2021 at 04:20pm
For sharing your love of nature and biology of life with me and all, may this tree serve as as a peaceful memory in your honor. 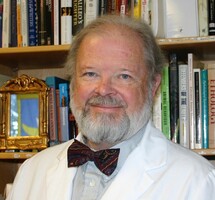