To share your memory on the wall of Carmela DeGroff, sign in using one of the following options:

Print
Carmela Marie (Pignataro) DeGroff, 94, beloved mother and sister, passed away peacefully at home with her family at her side on July 4, 2021.

Carmela was born in Westerly, RI and was the daughter of Mary and Richard L. Pignataro, Sr.Read More
Carmela Marie (Pignataro) DeGroff, 94, beloved mother and sister, passed away peacefully at home with her family at her side on July 4, 2021.

Carmela was born in Westerly, RI and was the daughter of Mary and Richard L. Pignataro, Sr.

Carmela graduated from Westerly High school and worked at Moore’s Mill during the war producing gun belts. She also attended dances and worked at the Charlestown Naval Airbase and Quonset Point where she met her husband Leo who was a pilot in the U.S. Navy. They married in May of 1946 and Carmela followed her husband with their growing family to locations all over the world where Leo was stationed. Places such as Kwajalein in the Marshall Islands where she was proud to serve as a volunteer Grey Lady assisting with the wounded who came through during the Korean War, Pensacola, FL, San Diego CA, Indianapolis, IN, Kenitra, Morocco and finally Rota, Spain. Her husband retired from the Navy in 1965 and the family returned to Westerly. Carmela worked as a teller at the Industrial National Bank and later at the Washington Trust Bank. She then went to work, at Dick’s Package Store, owned by her brother Dick, for many years until she retired. When Carmela’s mother, Mary passed away in 1977, Carmela and her husband moved into her family home which her father built in the early 1930’s to take care of her father. She cared for him for many years until he passed away at the age of 97. Carmela was a member of the Lions Club Women’s Auxiliary as well as the Calabrese Club. She actively participated in organizing her class reunions for many years.
She was predeceased by her husband, A. Leo DeGroff; her brother James Pignataro, Sr. formerly of Huntsville, AL; and sister Marie Berry, formerly of Gales Ferry, CT.

Carmela was a communicant of Immaculate Conception Church. Visiting hours will be held on Friday, July 9th from 5-7p.m. at Gaffney-Dolan Funeral Home, 59 Spruce St., Westerly. A Mass of Christian Burial will be celebrated at Immaculate Conception Church, 111 High St., Westerly on Saturday, July 10th at 10:00a.m. Interment will follow at St. Sebastian Cemetery, Westerly. In lieu of flowers, donations may be sent to the Westerly Knights of Columbus or your favorite charity in Carmela's memory. For online condolences please visit www.gaffneydolanfuneralhome.com
Read Less

Posted Jul 10, 2021 at 08:28pm
To Dicky,
Tyler and I are so sorry for the loss of your sister, thoughts and many prayers going your way to you and your beautiful family... Stay strong...
Love, Giulianna
Comment Share
Share via:
JP

Posted Jul 09, 2021 at 09:49pm
To Dick, Judy, Dale & Donna,
Our deepest sympathies to you and your families on the loss of Carmela. As someone said at Emily's wake - it is always hard to lose a mother - even if it is very natural and she lived a long life. We always enjoyed seeing Leo & Carmela. They were both very nice people and always willing to help out. We regret not being able to be there for you.
Our prayers are with you as you journey through this very special spiritual and family time.
Jim & Pam Perri
Comment Share
Share via:
HS 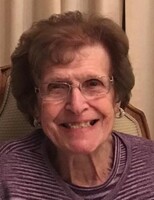